The Arnika Association examined hundreds of pieces of printed china dishes, within the framework of its campaign Let's Eat Toxics Free. A vast majority of them, including goods for children, contained high lead concentration in the colour printing. A very alarming fact is that concentrations were often found in the order of tens of thousands ppm of lead, it means tens of thousands parts per million (1). From June 1, the European Union makes lead limits in products that may be placed in the mouth by children much stricter, however, this tightening of the REACH legislation does not apply to dishes. 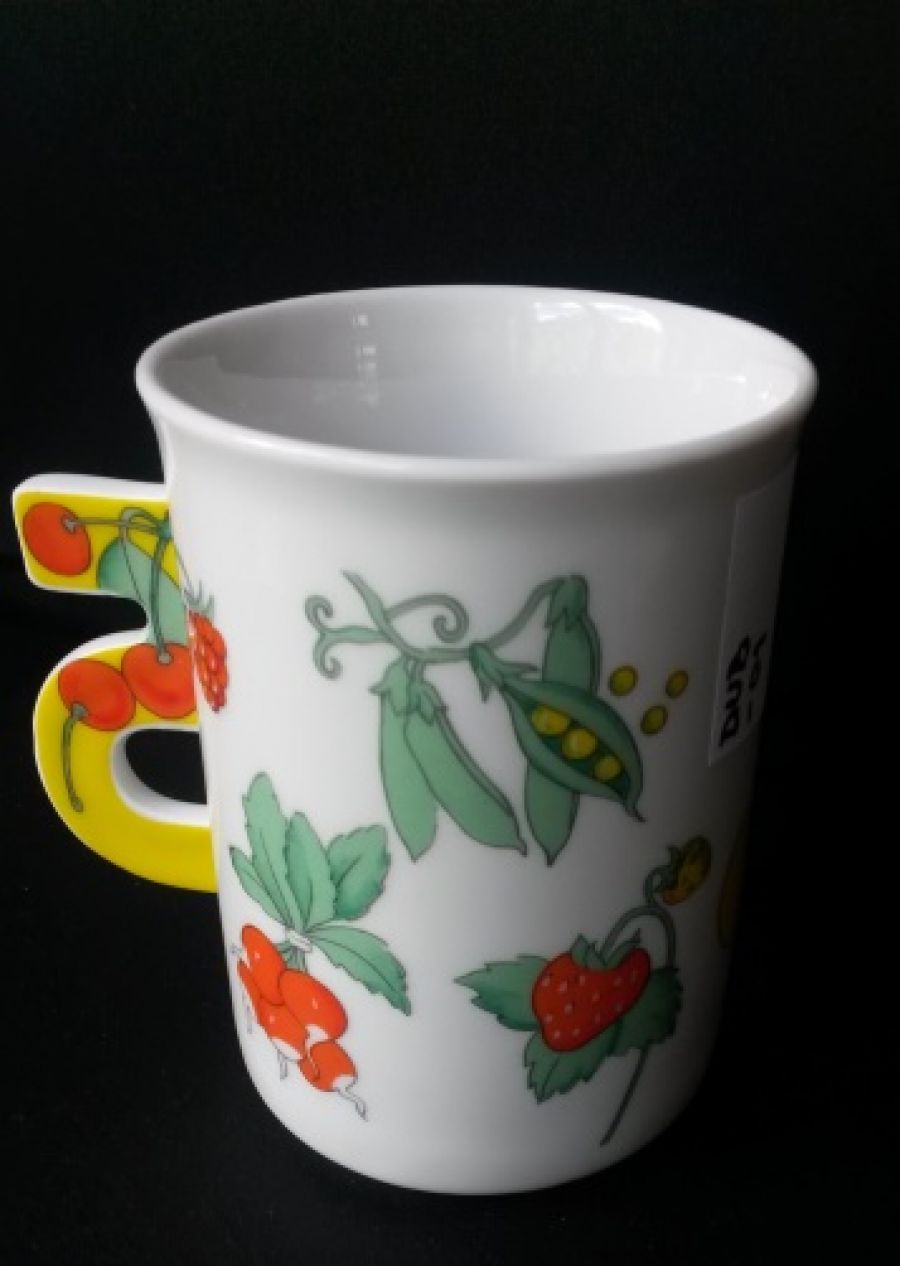 „The analyses found that ninety percent of printings on mugs, glasses, and plates, contained lead in the order of thousands ppm. Because of that, we focused namely on this group of products and launched the campaign Let's Eat Toxics Free (2). Its purpose is to inform the consumers, to contribute to substitution of toxic pigments with safe alternatives, and to call for tightening the relevant legislation,“ explains Karolína Brabcová, the head of the Campaign.

Even the amounts in the order of tens of thousands ppm were not an exception, not only in the case of no-name foreign manufacturers, but also in the case of established Czech brands. For example, a mug with flower design from a Czech manufacturer contained an enormous amount of 51 thousand ppm.

„Materials intended for contact with foodstuffs cannot be avoided in everyday life - we meet them, for example, in the form of food packaging, kitchen utensils, and dishes. Because of that, it is necessary that they do not contain any hazardous toxic substances that may cause a number of serious health problems. The European Parliament is aware of these problems, and is currently working towards improvement of the situation,“ explains the standpoint of the EP the Czech member of the EP, Pavel Poc (Czech Social-Democratic Party), vice-chairman of the Committee on Environment, Public Health and Food Safety.

Starting from June 1, a new clause of the European chemical policy, REACH, enters into force. It considerably limits the use of toxic lead in products that may be placed in the mouth by children. The amounts allowed are in the order of hundreds ppm. That is just a fraction of values found in many samples of dishes. Arnika welcomes the trend of tightening European legislation in relation to children, because the child organism is the most sensitive to actions of toxic lead. However, the tightening does not apply to another important group of products, namely printed china and glass dishes from which children eat and drink. According to Arnika, this is a defect.

It continues to be valid that if check of the so-called migration limits (3) does not show that toxic substances are released from the dishes in acid environment, even a product showing a very high heavy metal content may be placed on the market. However, lead and other substances may be released, for example, through mechanical damage to the printing.

Lead effects are linked to behaviour disorders and reduction of intelligence of children. „Because of that, we are alarmed by the fact that lead may be found in a vast majority of printed china dishes, including sets of dishes with child and fairytale designs. These products have been ignored by the European legislation in the long term,“ explains Jitka Straková from Arnika. „Although the current scientific knowledge points out that a safe lead concentration for human organism does not exist, legislation enables migration of this heavy metal from dishes,“ adds Straková.

The World Health Organisation (WHO) cancelled the provisional values of tolerable daily intake of lead, set to 25 μg/kg (micrograms per kilogram = 0.025 ppm) human body weight before 2011. The amounts of released lead according to the presently valid migration limits exceed this value, in some cases, up to forty-times, states a recent study of the European Commission's Joint Research Centre. It has found that the amounts of lead released from a mug into an acid solution within 24 hours may be even 1000 μg/l. (4)

2) Let's Eat Toxics Free: Everything about the Campaign (in Czech only yet) may be found at http://jezmebezjedu.cz/

3) Migration limits: Explanation why the limits have their limits may be found (Czech only) at http://arnika.org/i-limity-maji-sve-limity

Tweet
More in this category: « Fish and Sediments from Elbe and Odra Contain High Concentrations of Toxic Substances, Confirms Arnika High levels of dioxins found in chicken eggs sampled near waste incinerators and metallurgical plant in China »
back to top

The story of garbage in Bosnia-Herzegovina's rivers seems to be endless. Within few days, volunteers collected more than two hundred bags of trash

Prachovice – Odor around the cement plant